Cannolator - How To Extract Cannabinoids At Home?

As more and more people accept medical marijuana, the interest in obtaining high-quality extracts has increased overtime. These extracts have their health-promoting properties due to the presence of cannabinoids, i.e. cannabidiol CBD. In this article, you will learn how to easily extract or  produce CBD oil at home.

CBD and CBDA oils – cannabis extracts with many properties

Cannabis extracts such as CBD oils are preparations containing a high concentration of pro-health cannabinoids. CBD and its acidic form of CBDA is a group of organic chemical compounds that have beneficial effects on the human body. They are used in the treatment or support of certain medical conditions. For example, CBDA — cannabidiol acid is particularly effective in treating neoplastic diseases, neurological, neurodegenerative diseases, and mental illnesses (depression, neurosis).

Generally, cannabinoids have a positive effect on homeostasis — a biological balance of the human body, which guarantees optimal health.

Cannabinoids from hemp and marijuana plants

Cannabinoids, both from hemp and marijuana are extracted all over the world for medicinal purposes. The legal extracts available on the market are mostly CBD / CBDA oils. Under this term is a whole range of products with different concentrations of cannabinoids.

CBD oils are obtained from cannabis. Subsequently, pure cannabis extracts are becoming more and more popular. Some CBD oils products comprise of diluted hemp extract + olive oil. While others are undiluted. Premium oils, such as  Cannabidiol Life are distinguished by their effectiveness — due to their synergistic interaction of individual cannabinoids.

Thanks to technology, today we can extract cannabinoids at home conveniently.

Using the Cannolator to extract cannabinoids 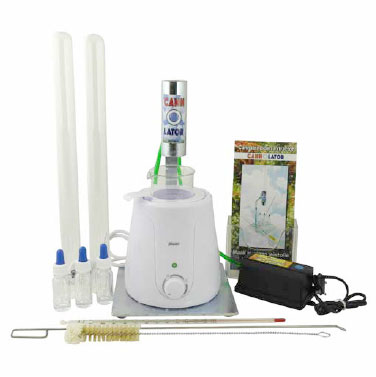 People who regularly use CBD oils are considering starting their own extraction at home — which is possible using the right equipment.

With devices such as Cannolator, everyone is able to extract or produce CBD or hemp oil conveniently without the need to understand chemistry.

It is much more economical to extract your own CBD oil than buying from any of the products available in the market —  with prices starting from $30 ml for the weakest concentration.

The second advantage of producing your own CBD oil (or any other type of oil from cannabis) is that fact that, you will have full control, i.e. you can produce your CBD oil from several varieties of marijuana strain which is highly effective and recommended.

Thirdly, extracting your own CBD or Hemp oil with the Cannolator device allows you to reduce the alcohol level — this means you will get a much richer and active substance, because using a less solvent for the extraction process guarantees higher quality CBD oil.

Most CBD oil products are diluted

The Cannolator can be used to produce non-psychoactive CBD oil from legally available hemp seed. Cannabis oil containing THC. 20 grams of marijuana / dried hemp will provide about 2 grams of pure oil. The extract thus obtained is usually diluted with olive oil or hemp seed oil to facilitate dispensing. The products available on the market as “CBD oil” is just a mix blend of hemp extract and other oils.

With 2 g of pure CBD oil obtained, we can produce the final CBD oil product depending on the desired concentration.

How to extract your own CBD Oil  legally

Cannolator – How to extract cannabinoids at home? The entire extraction process can be seen in the following video.

The producer of the Cannalator offers a set, which includes all the necessary instruments (Cannolator, test tubes, thermometer, heater, bowls etc.) except for dried hemp or marijuana which should be purchased on its own. Dried hemp or marijuana is 100% legal if the concentration of the psychoactive ingredient THC does not exceed 0.02%.

Dried hemp or marijuana can be bought from dispensaries or online stores, however, it is necessary to pay attention to the quality of the product we choose.

To get the best CBD oil extract, you should use dried hemp or marijuana which hasn’t been contaminated with pesticides, mould, heavy metals or other undesirable substances.

Bio Bloom is used for brewing and the production of CBD or hemp oil extracts. It is an organic hemp flower tea. It is rich in cannabidiol CBD, CBDA and numerous terpenes and flavonoids (apigenin, luteolin, orientine and others, which synergistically enrich the action of the preparation). It is the inflorescences of hemp and has the highest concentration of cannabinoids, which are the most valuable in terms of medicine.

It is worth noting that the Bio Bloom, due to the high purity of the product, can be used as a raw material for vaporization. Marijuana vaporization is increasingly popular and currently the safest method of consuming cannabis. Cannolator – How To Extract Cannabinoids At Home